Ms. ENOKIZU Akiko (third-year doctoral student at Graduate School of Bioresources, Mie University) observed and recorded yawning in a captive dugong at Toba Aquarium, Mie, in a collaborative study under the supervision of Assoc. Prof. MORISAKA Tadamichi and Prof. YOSHIOKA Motoi. This was the second report of yawning in fully aquatic mammals (after bottlenose dolphins) and confirmed the existence of yawning behavior underwater.

This study reported yawning in a fully aquatic group of mammals other than the cetaceans and supported our hypothesis that yawning does not necessarily require breathing. We recommend that the definition be changed as, "Yawning is an involuntary action and occurs in three phases: slow mouth opening, followed by a maximum gaping phase, and quick mouth closure." Although yawning is an "everyday" behavior, it continues to interest researchers because the origin, mechanism and function of this behavior still remain largely unknown. 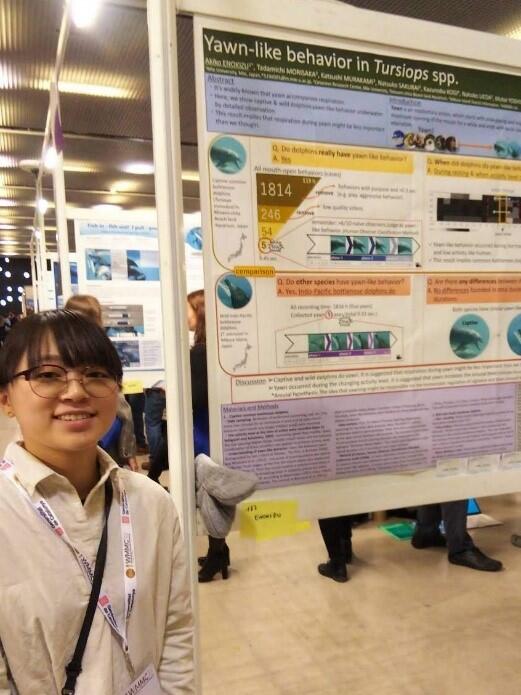 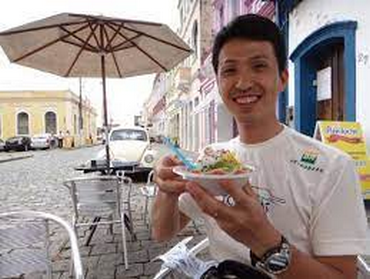 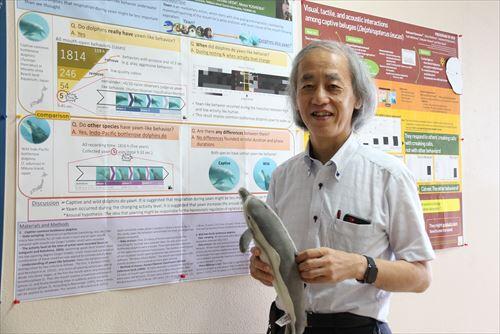